Great places to visit in Kerala

Cliff side in Varkala

Can you recommend any great Varkala hotels?

Established since the 70's, Kovalam is one of Kerala's best known beach resorts. 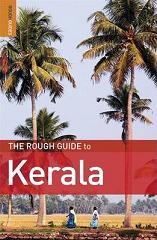 Ride an Enfield in Kerala

Kerala has so much to offer for any traveller but with the freedom of the open road, it really does come into it's own.